Natural Rubber and Nitrile Rubber – Is there a significant difference?

Overview of the different properties and usage between Natural Rubber and Nitrile Rubber.

This is an interesting question.  Though there is a significant difference in the way both are produced, and in the ideal application of each, one is not necessarily better than the other.  Both are polymers, which are substances made up of large molecules composed of many repeated sub-units.  Each display highly valued properties and are used in many industrial and household applications.

The first, most obvious, difference between natural rubber and nitrile rubber is source.

Natural rubber is made from the sap of trees, called Heveabrasiliensis, which grow on plantations in South America and South Asia.  The sap, a sticky, milky liquid, is harvested through a process called tapping where incisions are made in the trees causing natural latex to trickle into containers.  Because It is a natural product and ecologically friendly, it is the perfect material for environmentally-conscious consumers.  Though it is an important raw material and used in many industries, natural rubber can be difficult to process.

Another difference is product consistency.

There is no variation in natural rubber.  It is generally all harvested and processed the same way, which produces the same product universally.  Natural rubber is generally more-supple than other rubber types and can be used in a variety of forms. It is ideal for use in wiper blades, machine skirting, and even as drum practice pads.  It is also used to make tires, gloves, and rubber mats.

Nitrile Rubber is a Man-Made Polymer.

By way of contrast, nitrile rubber, also known as NBR or Buna-N, is a man-made polymer produced under controlled conditions. It was developed during World War II in response to a growing need for oil-resistant rubber that could serve as a more durable alternative to natural rubber.  It is produced using petroleum-based materials, and is a synthetic rubber copolymer of acrylonitrile (ACN) and butadiene.  This means that it is not a natural product and its production can have some detrimental effects to the environment. Despite this, the demand for nitrile rubber continues to grow.

NBR has properties that make it an excellent solution for sealing applications. Unlike natural rubber, it has a superior level of resistance against synthetic and natural grease products and is highly recommended for use in areas where petroleum products are present.   It can be used to provide long-lasting machinery components which might be exposed to fuel or lubricants. In commercial kitchens, it is common for cooking oil or food grease to spill or splatter. Nitrile rubber sheeting ensures that kitchen products will remain effective longer. Nitrile sheets can also be used in laboratories, where spills of caustic agents are likely.  It can be found in disposable non-latex gloves, automotive transmission belts, hoses, O-rings, gaskets, oil seals, V belts, synthetic leather, printer’s form rollers, and as cable jacketing; NBR latex can also be used in the preparation of adhesives and as a pigment binder.

Nitrile rubber also offers resistance to heat aging – often a key advantage over natural rubber, which can harden and lose its damping capability. Nitrile rubber is also a great material choice for applications that require abrasion resistance and metal adhesion.    Because it is produced artificially, it is easier to make. It doesn’t need to be produced in a certain region or at a certain time of year, and does not rely on weather.  The main advantage of NBR over natural rubber is NBR’s ability to trap and retain gas.  Synthetic nitrile rubber holds nitrogen bubbles within its structure making it the perfect choice for closed cell sponge applications.  Natural rubber allows these bubbles to pass right through the cell wall, making it the weakest material for this use.

Nitrile rubber has come a long way since its war-forced beginning, and is now used in a huge variety of machinery and everyday settings.

While they vary very much in source, production, and application, nitrile and natural rubbers each provide value in many areas. 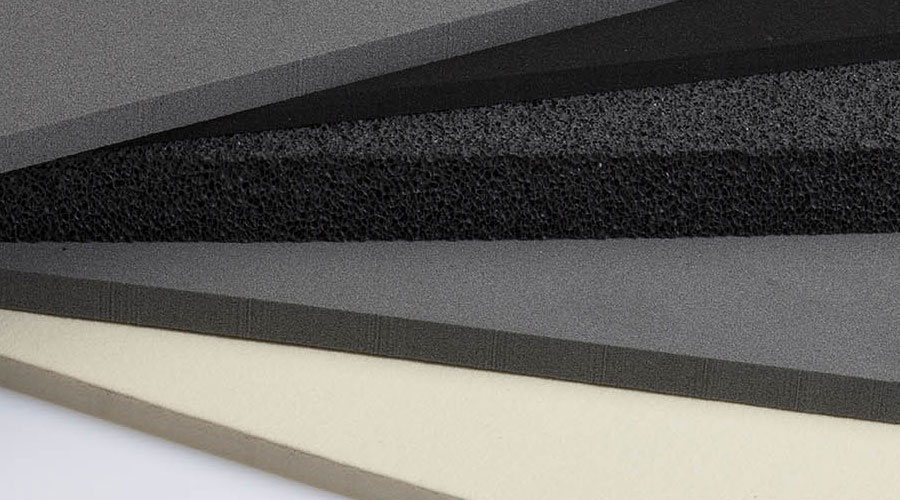 If you have any questions about if Nitrile Butadiene Rubber is a Sustainable Product please contact:
John Bonforte Sr., Technical Support, Natural Rubber and Nitrile Rubber at:
USA Toll free: (800) 375-1960
International: +1 732-229-3444.